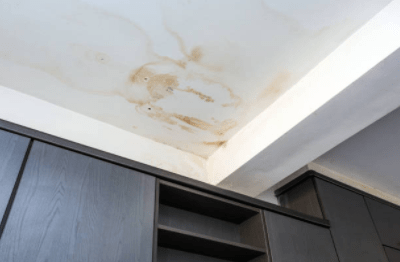 Hidden or hard-to-find water leaks in bathrooms are a common problem. Breaking and removing tiles to expose bathroom and shower leaks causes unnecessary damage. There’s no guarantee an invasive approach like this will reveal the position of a leak. High-tech methods are a much better solution for finding leaks.

The tradespeople we schedule to detect bathroom and shower leaks are qualified plumbers with years of experience. You’ll find their knowledge and insight invaluable. As soon as they’ve traced a leak they can start the process of fixing it straight away.

They’ll scope and cost the work needed to prevent further water damage. The report will cover repairs to restore your bathroom back to its original condition.

The investigation and repair of most hard-to-find bathroom and shower leaks can be claimed against a building insurance policy. Our leak detection experts will provide all the information your insurance company needs.

When do I need a bathroom leak detection expert?

Exposed leaks in a bathroom, such as a damaged shower head or shower valve can be fixed by any plumber. Similarly, a plumber could help if concealed pipes can be accessed relatively easily by removing a bath panel or boxing.

However, if there’s a possibility of a leak under a bathroom floor, behind a shower wall, or anywhere else that can’t be accessed easily, a leak detection expert is your best option.

Equipped with a wide range of tests, they can locate a leak to within a few centimetres. Additionally, the tests won’t result in damage. They can detect leaks beneath tiled floors and behind tiled walls.

What bathroom and shower leaks can be detected?

Our experts can find any type of leak or source of water ingress. They conduct a series of tests in a methodical order. Each test allows them to discard possible sources and focus their investigation until the leak is found.

They can find leaks anywhere in a bathroom or shower room:

Our experts use a wide range of tests to detect bathroom and shower leaks. Moisture surveys and salts analysis are usually carried out first. Results highlight the extent of the problem and confirmation the leak is from plumbing pipes.

The presence of a leak on either hot/cold water pipes, or the heating system, can be checked by pressure testing. Thermal imaging cameras are used to highlight temperature gradients beneath floors or behind walls. Borescope cameras can show evidence of leaks inside wall cavities and ceiling voids, or in any tight space.

Tracer gas is a reliable method of pinpointing the position of a leak in plumbing or heating pipes. Firstly the pipes are drained, then an inert gas mix is released into the system.

The gas is lighter than air and rises quickly. It can penetrate any bathroom floor covering, including tiled floors. A probe is used to detect gas particles as they escape.

The test is safe to use on drinking water pipes. It’s odourless and doesn’t leave a residue.

Silicone sealant that’s damaged, or was poorly applied, are common causes of bathroom floors leaking water. A thermal imaging camera is used to test for faulty seals around bathtubs and showers. Hot water is poured on target test areas. The camera highlights the exact flow of the hot water.

Small leaks may not be immediately obvious to the naked eye. However, small amounts of water being released in the small place can cause damage over time. Leaky shower doors and shower screen seals, where they’re attached to the wall, are checked in the same way.

Fluorescent dyes can be used if a tub drain is suspected of being the source of a leak under a bath. Escape of the dye highlights the exact position of drain leaks. A water soluble dye solution is released in a wastewater pipe.

The dye is visible to the eye and can often be picked up with a borescope camera. UV lamps can also be used to detect the dye in very low concentrations. It means the source of a leak can be detected in this way before water droplets begin to form.

Bathroom and shower leaks only need to release a small amount of water each time to cause an ongoing problem. Water will accumulate on a bathroom floor without fully drying. Over time the visual evidence of a leak in a room below will grow.

It’s important not to ignore bathroom and shower leaks. Damage to the structure of property could be happening that’s far more significant than the visual signs might suggest.

We're fully trade accredited. Aspect is registered with Gas Safe and the National Association of Drainage Contractors (NADC). All our leak detection experts are vetted and trade accredited. In addition, the Aspect Guarantee covers our tradespeople's workmanship for up to 12 months.

When you book and Aspect leak detection expert you can count on getting the professional expertise you're looking for.

Need more info on our leak detection services? Someone from our team can call you.  Request a callback

Trying to expose a bathroom or shower leak where there’s a damp patch might sometimes reveal it straightaway. However, there’s no guarantee of this. Our tradespeople have seen the unnecessary damage created from this type of search many times.

Water will often track along pipes, joists etc. It means a damp patch can appear some distance from the leak itself. Therefore, a destructive exploration can cause unnecessary damage.

Insurance companies usually insist on the trace and access approach to check for leaks that we use when a claim is being made.

Refurbishment of a bathroom

Once we’ve detected a bathroom or shower leak the repair and refurbishment work can begin. We have years of experience refurbishing bathrooms. Depending on the scale of work needed, we can allocate a Project Manager to oversee the work.

Reinstatement will be covered as part of an “escape of water” insurance claim. We’ll provide a detailed scope of work and a fixed price quote to complete it.

We have specialist tradespeople ready to help with every part of your refurbishment work. This includes carpenters, plasterers, tilers, painter decorators and of course plumbers!

Our other leak detection pages